The SimulTOF TWO is a linear bipolar MALDI-TOF mass spectrometer which provides high-speed molecular imaging of both small and large molecules in both positive and negative ion modes.

Islets of Langerhans are irregularly shaped patches of endocrine tissue located within the pancreas of most vertebrates. They are named for the German physician Paul Langerhans, who first described them in 1869.

The islets of Langerhans contain alpha, beta, and delta cells that produce glucagon, insulin, and somatostatin, respectively. A fourth type of islet cell, the F (or PP) cell, is located at the periphery of the islets and secretes pancreatic polypeptide. 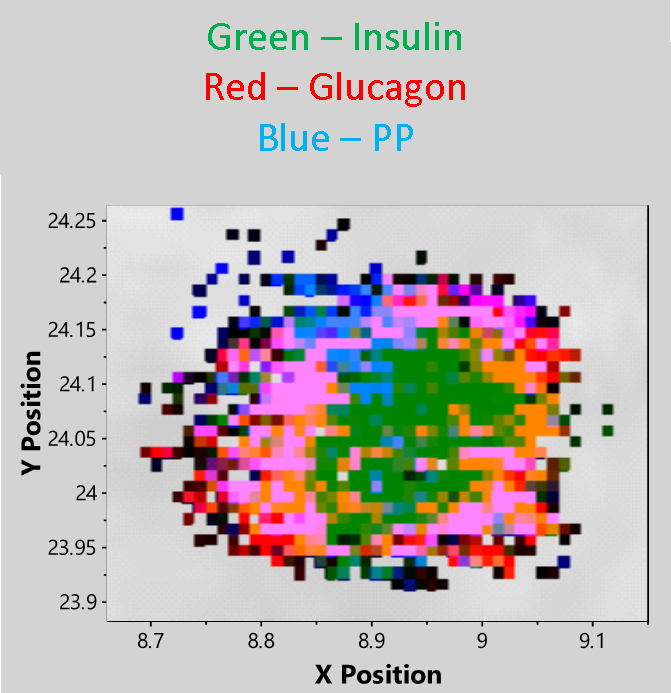