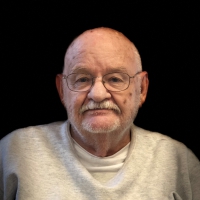 Electrospray has become the dominant ionization method for biological applications of mass spectrometry in recent years with high-performance LC-MS and LC-MS-MS using triple quadrupoles, hybrid quadrupole-TOF systems, and ion traps, either quadrupole or magnetic (as in FTICR). Recent developments in ion trap mass spectrometry, in particular, the “Orbitrap”, provide resolving power and mass accuracy that competes with FTICR.  The conventional wisdom as expressed by commercial development of instrumentation and many of the leaders in biological mass spectrometry is that the future is electrospray.  There are two fundamental problems with electrospray; first, it requires on-line direct coupling of the effluent from the chromatograph to the inlet of the mass spectrometer, and second, high sensitivity requires “nanospray” systems with very small diameter capillary columns and flow rates in the nanoliter/min range. Thus, high sensitivity can be achieved but separation times are long and capacity severely limited.

The main disadvantage of direct coupling between the separation and the mass spectrometer is that all the measurements on an eluting peak can be made only during the time that the peak is present in the effluent.  Depending on the speed of the separation technique, this time may be as much as a minute or less than a second.  Protein digests derived from complex biological extracts may contain many thousands of peptides in a single sample.  Even after LC separation, hundreds of peptides may co-elute.  Typically, analyses of these digests involve measurement of the peptide masses in MS mode, deciding which peaks should be measured using MS-MS, and measuring all of the MS-MS spectra of interest.  In many cases, the separation must be slowed down to match the speed of the mass spectrometer, or some of the potential information about the sample is lost.

MALDI-TOF analysis of complex mixtures by LC/MS and MS/MS is currently used in a number of laboratories, and TOF-TOF and Q-TOF instruments are commercially available.  To interface MALDI with liquid separation techniques such as HPLC or CE, droplets from the liquid effluent, usually with added matrix solution, are deposited sequentially on a suitable surface and allowed to dry. The surface containing the dried samples is then inserted into the vacuum system of the MALDI mass spectrometer and irradiated by the laser beam.  This off-line coupling allows the sample deposition to occur at a speed appropriate to the chromatography, and the mass spectrometer can be operated faster or slower as needed to maximize the information obtained.  For example, an entire LC run can be rapidly scanned in MS mode to determine the peptide masses and relative intensities for all peptides in the run.  This information can then be used in a true data-dependent manner to set up the MS-MS measurement for all of the spots on the plate to obtain the desired information most efficiently.  Since it is rare for all of the samples to be used in most MALDI measurements, additional measurements can be made on the same plate at any later time as needed.

Following the announced completion of the human genome, it was widely believed that “proteomics was the next big thing.”  Unfortunately, the proteomics factories spawned from this euphoria failed to deliver on their promises to big Pharma, and these factories have gone out of business.  It is still generally recognized that metabolomics, functional proteomics and genomics will eventually provide new technologies that revolutionize diagnosis and treatment of disease8,9.  It is now sixteen years after the term “Proteomics” was coined and ten years after the first announcement of the completion of the human genome, and this dramatic improvement in clinical care has not yet been realized. The Human Proteome Organization has launched major initiatives focused on plasma, liver, and brain proteomics3.  The disappointing results of these initiatives demonstrate that current technology is not yet sufficient for the stated task.

“One of the most intellectually challenging, scientifically productive, and socially applicable endeavors of modern biological science is the current effort to understand the function of living cells at the molecular level. New methods are required to monitor and analyze the spatial and temporal properties of the molecular networks and fluxes involved in living cells and to identify the molecular species that participate in such networks via functional stimulation, perturbation, or isolation of these networks. It appears that an ideal starting point for understanding the functioning of a biological system would be a complete quantitative inventory of all of its molecular components as functions of both time and position.”

Advances in chemistry, separations technology, and mass spectrometry during the last 20 years have begun to make global identification and quantification of biological molecules possible, but not yet practical.  Mass spectrometry employing either electrospray1 or MALDI2 is used to determine molecular weights of intact proteins, and following digestion with enzymes such as trypsin, tandem MS-MS of the peptides is the method of choice for identifying and characterizing proteins.  At present most MS-MS applications employ triple quadrupoles, hybrid quadrupole-TOF systems, or ion traps, either quadrupole, orbitrap, or magnetic (as in FTICR).  Combinations of linear ion traps with FTICR and orbitraps have significantly improved the performance of electrospray MS and MS-MS for analyses of complex biological mixtures. The high resolving power and excellent mass accuracy of the FTICR and orbitrap for determining peptide molecular weights together with the speed of the linear ion trap for acquiring low resolution fragment spectra make a powerful combination.  Nevertheless, these still fall far short of the requirements for an analyzer suitable for use in large scale biological studies in several respects:

Despite a massive effort, progress has been agonizingly slow and we believe that major bottlenecks are imposed by inherent limitations of the mass spectrometers that are presently available.   The new MALDI-TOF instruments developed at SimulTOF Systems4-7 overcome these limitations and will catalyze further rapid progress in fundamental and applied studies of biological systems.